10 Reasons to do Everest Base Camp Trek

By Glorious Himalaya on November 18, 2022 in Travel Tips

The Everest Base camp trek is second-to-none when it comes to astounding scenery and thrilling adventure. The magnificent walk to the land of the Himalayas is accompanied by the unrivalled beauty of the forests, glacial moraines and the rich culture of the Sherpas who inhabit them. The historic trail to the world’s tallest mountain base provides a lot of picture opportunities and brings one close to the local ethnic cultures. It is a once-in-a-lifetime opportunity for hikers to quench their thirst for adventure and their spirit of belonging on this planet.

1. The base camp of the world’s highest peak Mt. Everest 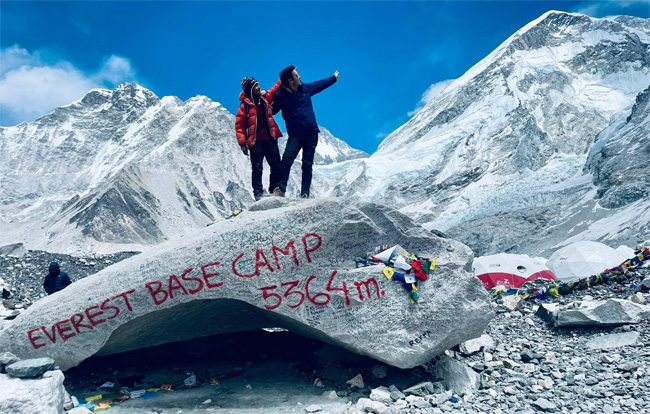 The Everest Base Camp is located at the foot of the Khumbu glacier in Nepal’s Khumbu region. This is the world’s most popular trekking location. Every year, over 35,000 trekkers hike to the Base Camp. A new world of beauty opens up when you enter Everest base camp. The route to get there is quite difficult but once you arrive, the world’s highest peaks surround you. The views are quite spectacular and the environment is breathtaking. The magnitude of the precious moment while standing in the shadow of Mount Everest makes the trek truly worthwhile. From the base camp of Mount Everest, you can see the magnificent views of Mt. Pumori, Khumbu Tse, Lingtren, and Nuptse.

2. Discover the beauty of Namche Bazaar 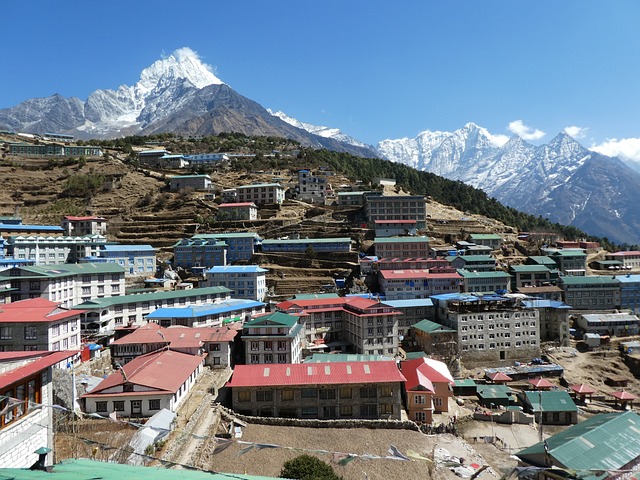 The lively town of Namche Bazaar is located among majestic snow-capped mountains in the Everest area. The area was formerly the capital of Khumbu and a small trading harbor. The Sherpas from neighbouring villages used to display their skills and crafts as well as trade their commodities in the early days. At the height of 3500m, Namche Bazar serves as a staging area for climbers en route to Everest as well as nearby peaks. The historic trading hub is famous for its homemade yak cheese and butter. Every Saturday morning, Namche Bazaar gets ready for its weekly market event which brightens the locality. The center of the town is the focal point of this fair, where vendors from Tibet and other villages set up shops and sell necessities to passersby. 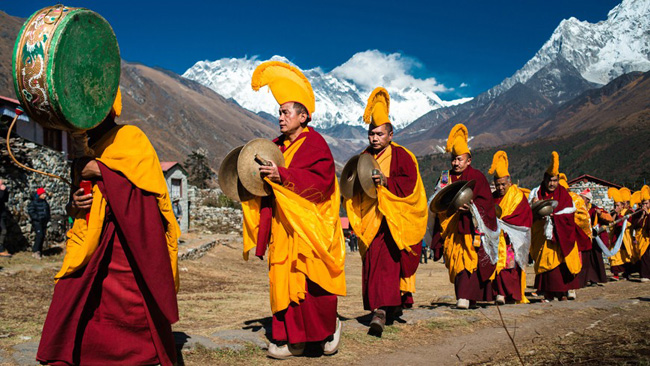 Sherpa is a combination of two words in the Tibetan language, “Shyar” (east) and “Pa” (people) meaning people who came from the east. The Khumbu region is considered to hold the world’s highest population of Sherpas. The Everest base camp journey allows you to connect with these Himalayan people who are an inspiration to trekkers all over the world. The Sherpa people are famous for their mountaineering ability and exceptional tolerance to hypoxia. They are also renowned for their hospitality, culture and traditions. The Sherpa language, often known as Sherpa or Sherpali, is a dialect of Tibetan. They use Tibetan script for writing and some of them use Nepali while dealing with other people. The Sherpas also believe in a plethora of gods and devils who are said to inhabit every mountain, cave, and forest. Many of the big Himalayan peaks are revered as gods. Mount Everest is known as Chomolungma and they regard it as the “Mother of the World.” 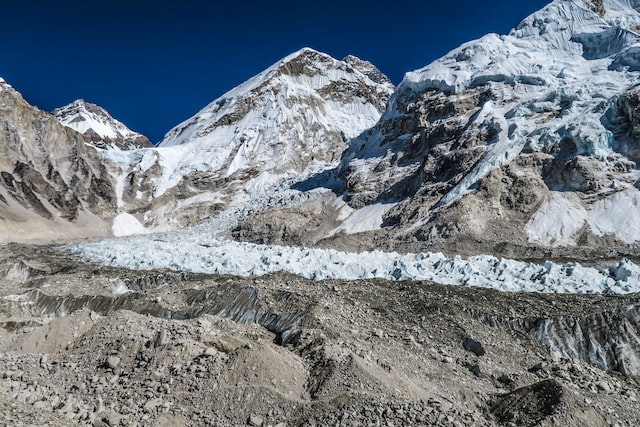 The Khumbu Glacier is located in the Khumbu region of northeastern Nepal between Mount Everest and the Lhotse-Nuptse ridge. With elevations of 4,900m at its terminus to 7,600m at its source, it is the world’s highest glacier. The Khumbu Glacier is notable for trekkers since it leads to Everest Base Camp and is the trail’s final stretch. The Khumbu Icefall, well-known among trekkers as a prominent barrier along the walk, is one of the glacier’s primary characteristics.

5. Tengboche Monastery: The Largest Monastery in the Khumbu Region of Nepal 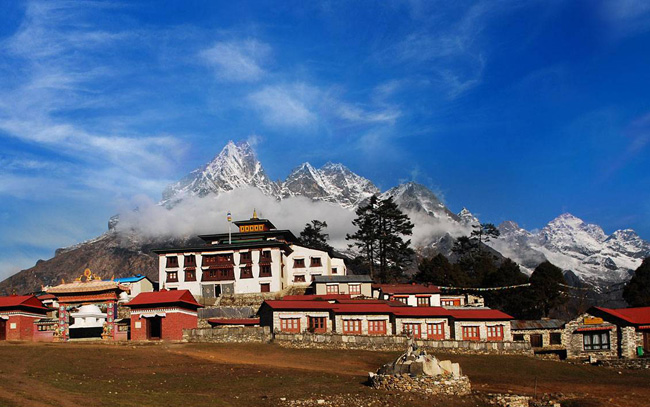 Tengboche Monastery (Thyangboche or Dawa Choling Gompa) is a Tibetan Buddhist monastery in eastern Nepal’s Khumbu valley. It is one of the most notable and largest monasteries in the region, located at an elevation of 3,867 meters (12,687 ft) and en route to the Everest Base Camp Trek. The place is accessible through a hilly trek from Namche Bazaar, via the Lukla airport, which connects to Kathmandu. The largest Buddhist gompa in Everest Valley serves as a rest point for hikers along the route to the peak. They come to light candles and seek blessings. 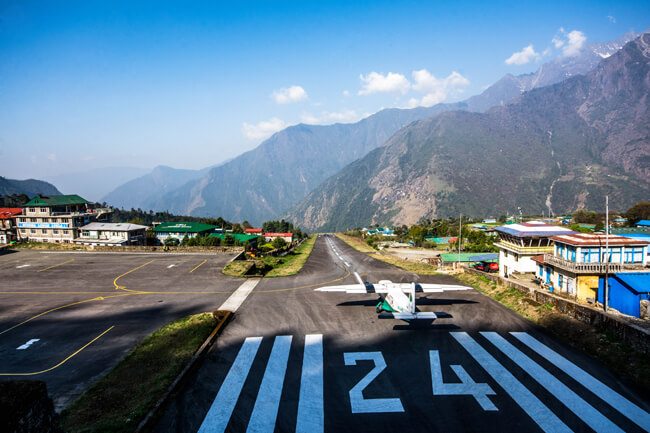 The trek to Everest Base Camp begins with a breathtaking journey to Lukla. The airport itself is a one-of-a-kind domestic airstrip located in the Himalayan region of Nepal. For some people, it is the best mountain flight they will ever take. If the weather is clear, the scenery is nothing less than world-class. The Lukla flight begins with an astounding aerial journey covering the majestic beauty of the tall Himalayas and the natural beauty of the hilly region. 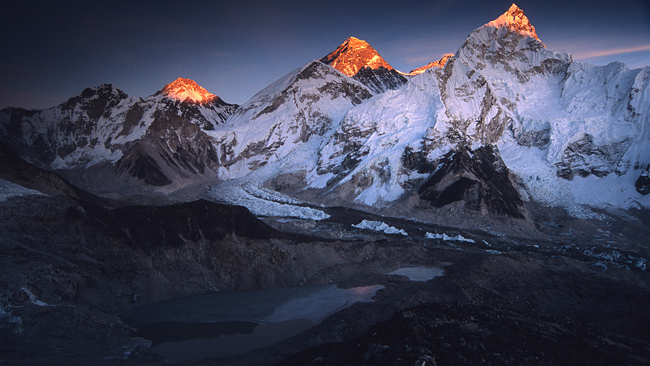 The most famous viewpoint in Nepal, Kala Patthar, offers the best views of Mt. Everest as well as a 360-degree panorama of the surrounding Himalayas. Most hikers visit Kala Patthar to catch breathtaking views of the Himalayan mountains at sunrise and dusk. The iconic view of the first rays of sun landing on the rugged stones and snow-capped Everest forming a rich golden hue is an unforgettable glimpse. 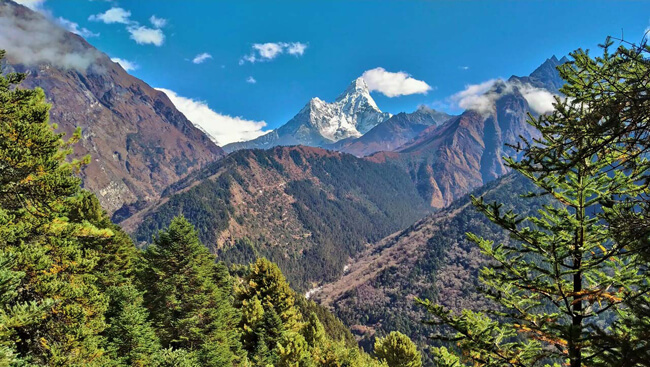 The Sagarmatha National Park is a UNESCO World Heritage Site that spans 1,148 square kilometers in eastern Nepal’s Himalayas. The Nepali word for Mount Everest, Sagarmatha, is formed from the two Nepali words “Sagar” which means sky and “matha” meaning head. The topography of Sagarmatha National Park changes dramatically, from lush woods in the lower southern regions to barren terrain that makes up the majority of the valleys. The park’s primary attractions are the seven 6,000-meter-high peaks including Everest, Lhotse, Cho Oyu, Thamserku, Nuptse, Amadablam, and Pumori. 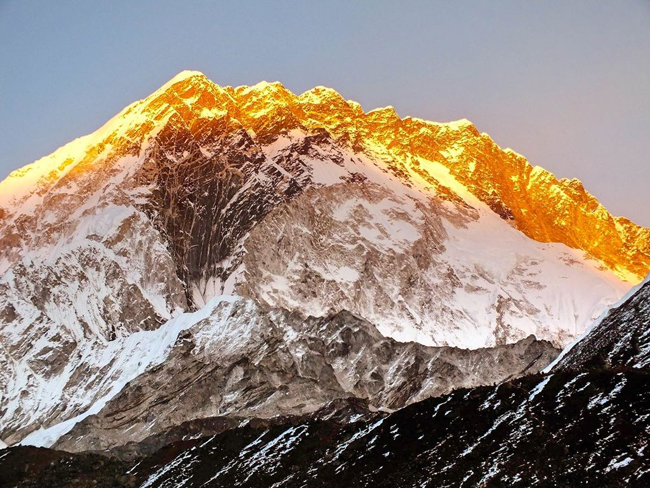 There are numerous locations throughout the EBC trip from which the majestic Mt. Everest can be witnessed. The sunrise from Kala Patthar is regarded as the best view of Everest. Another stunning, but much less crowded viewpoint in the Everest vicinity is Gokyo Ri. Also, one of the highest-altitude luxury hotels in the world is Hotel Everest View, which is situated at 3,962m on the ridge above Namche Bazaar. A nice panoramic view of the Himalayas in the Everest region can be seen from the hotel.

10. The safest and the most developed trekking site

In general, the increased number of tourists visiting the park each year has had enormously positive effects on the local inhabitants and the region’s infrastructure. Beginning with the construction of Lukla Airport and innumerable schools following Sir Edmund Hillary and Tenzing Norgay’s summit, the inflow of tourists has brought a continuous flow of money and investment into the region. The Everest region is the most developed and well-managed, with a plethora of comfortable tea houses and high-quality hotel and dining options.